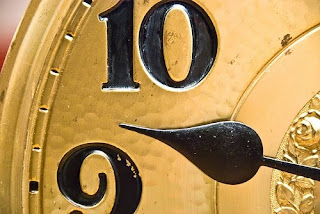 Have you ever felt you were in a hurry for something but found that God was not on the same time schedule as you? I have and have found most of us live this out in some form or another daily. What I have discovered is that God’s time table is not set around my time table and flesh, but rather around His mercy. During the times of waiting on Him, He is working out the imperfections in my character and preparing me for what’s to come.

In the book of Acts (9:20-25) we see Paul after He first began to follow Jesus, at that time he jumped right into public ministry. Although it was clear that God had this as a purpose in Paul’s life, he wasn’t quite ready for such a visible place of leadership. God had a plan to prepare Paul for how He wanted to use him. Paul points toward that process later in 1 Thes. 2:4, “For we speak as messengers approved by God to be entrusted with the Good News. Our purpose is to please God, not people.” This is a great verse for showing us how God prepared, tested and finally released Paul for his purpose.
The word “approved” in the original language means to test, examine, inspect, scrutinize; to determine the quality or sincerity of something. The word is dokimadzo. This word was used to describe how coins were tested during Paul’s day to be found real or counterfeit.
The metal was refined by fire to remove all of the impurities, three times in fires with a greater heat each time. The impurities were not even visible to the naked eye but left in the metal these hidden impurities would result in a break or fracture at a later date. This purifying process was lengthy and hot.
Paul is saying to us, “I went through the process, the refiners fire, to get to this place in my life and for God to get the desired results. I passed the test and God saw that I was ready.”
So I want to encourage you as you read this. Don’t get discouraged. The dreams and desires that God has placed in your heart take time to become realities. God’s timing is perfect. He wants to use you, but He cares more that you are ready to be used so that there are no “hidden impurities” that will result in a break or fracture later on. Enjoy the journey as God prepares you, changes you and grows you. When He is ready to promote you, you’ll have what you need both spiritually and naturally to finish the race that He has given you to run with excellence.

Make it your prayer today that God would change your character in any way He sees necessary to prepare you for what He wants to do in and through you. His timing is perfect!