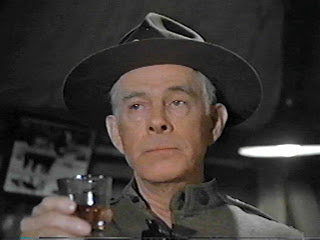 I’ve been a MASH fan most of my life. In fact when I was younger and MASH was still a current series (before the days of DVD or VHS recorders for that matter) I would be late for dates, work, just about anything to watch the weekly series. One of my favorite shows was entitled Ton-teen, where character Col. Potter was the last of his buddies living that had made a ton-teen during the war. In the show he toast the final passing of old friends, he was the last one living, thus he received a fine bottle of bourbon that he and his buddies had left unopened and made a ton-teen with. Then he toasted his co-workers, new friends, at the MASH 4077. Well, yesterday Henry Morgan, the actor who played Col Henry Potter, died. I loved his character on MASH, so here’s to you Henry Morgan! Rest In Peace! Can’t help myself, if I’m channel surfing at night and MASH is on, even though I mostly have them all memorized, I have to watch. Some things are good because they are just good.